Bismillah Khan (21 March 1916- 21 August 2006). I came across a homage to this  revered musician today, and was so moved by his graceful and joyful presence. I wanted to draw this  as my little homage too. He represents the best of our culture, as a pious muslim, he was also a shehnai player player at the Vishwanath Temple in Varanasi. He received the ‘Bharat Ratna’. I did not know this but, on India’s independence,15 August 1947, he performed at the Red Fort right after the Nehru’s speech. 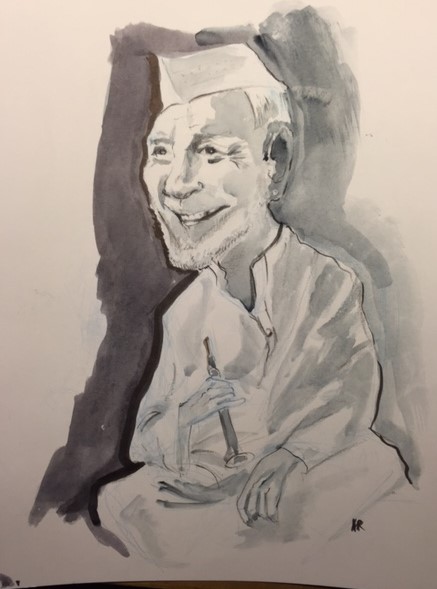